Look who I have today! 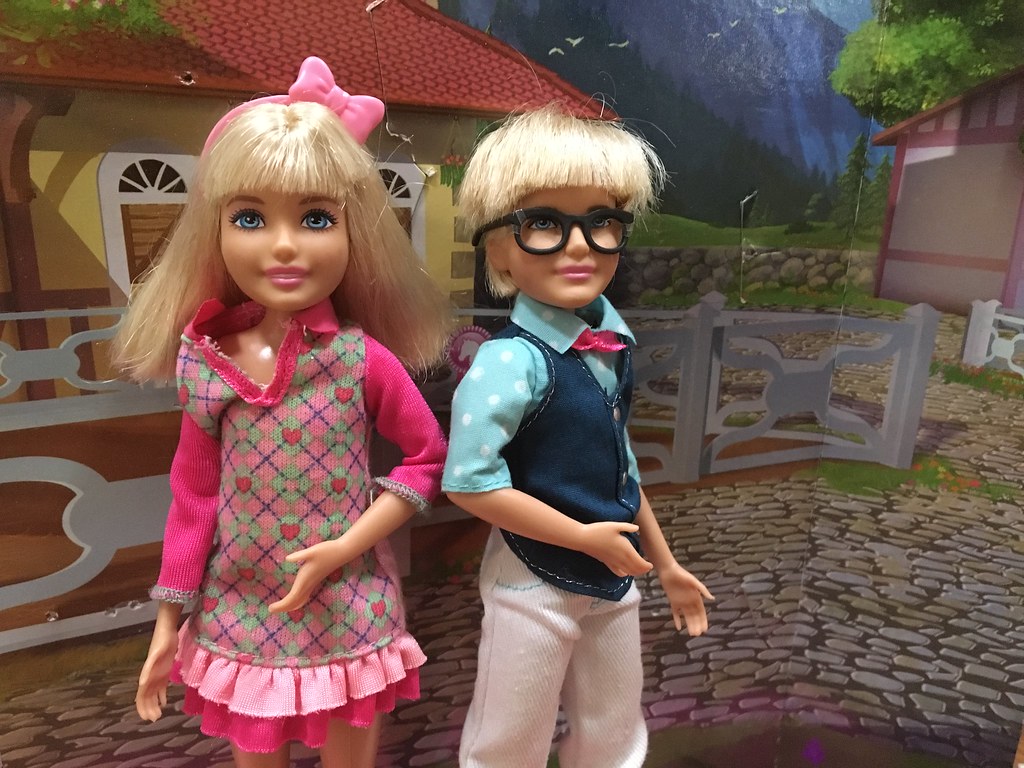 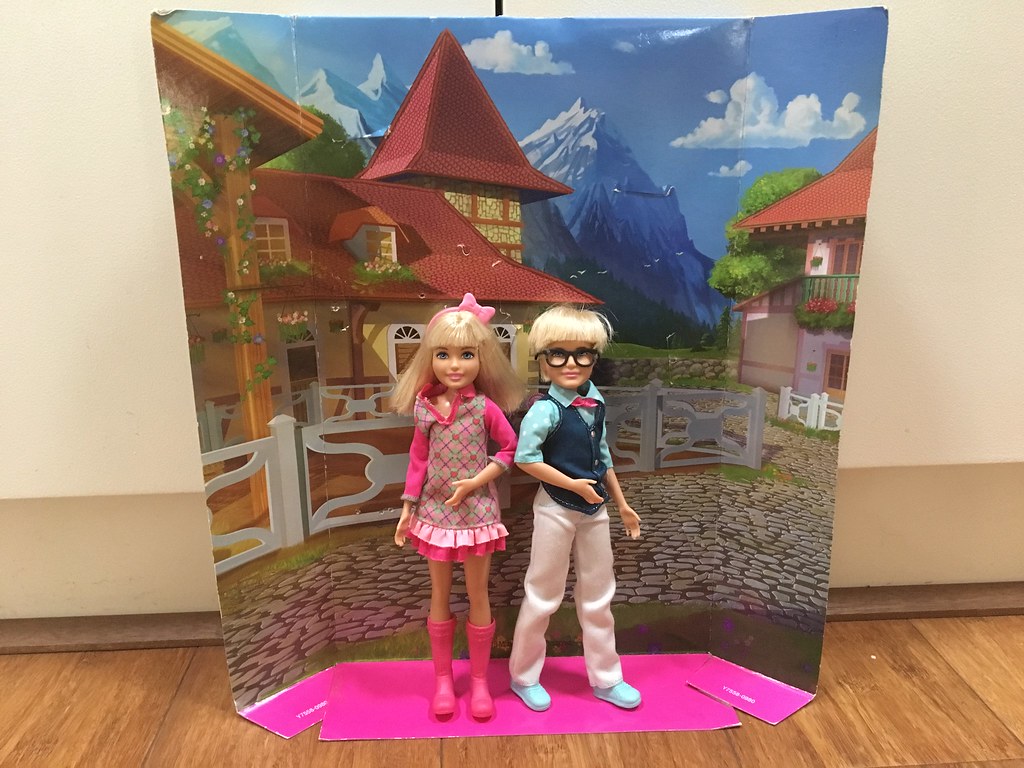 This is the backdrop from the packaging. It’s funny to think of how long I’ve kept it for. I’ve never done anything with it -perhaps it’s a sign that it’s time to let it go? 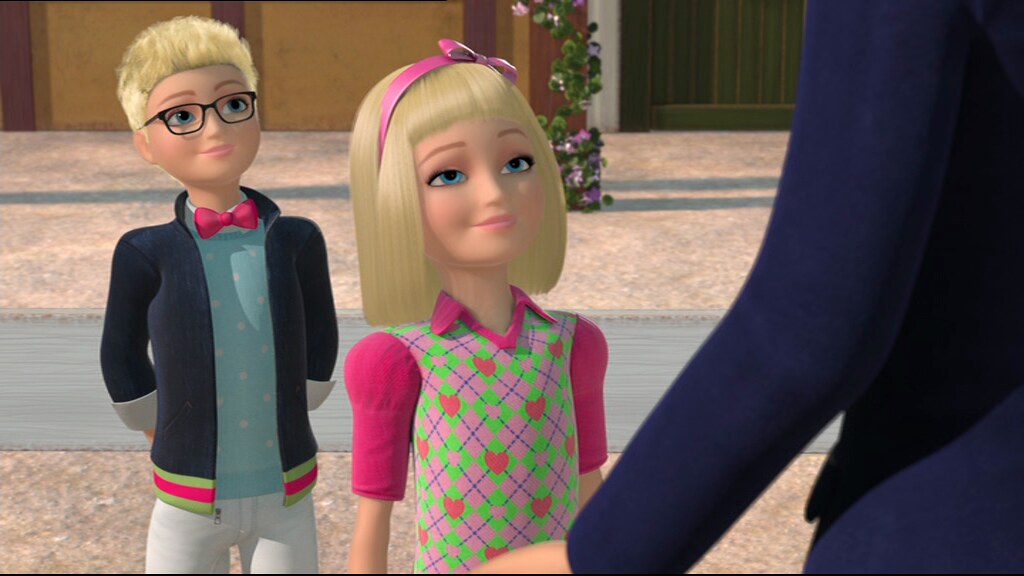 This is how they look in the film. As you can see, apart from Marie’s sleeves, her outfit is pretty much the exact same. Max wears a jacket in the film, instead of a waistcoat. I think the waistcoat looks a bit formal for an 8 year old boy*, and I can’t think of why they decided to change it. Perhaps, in the original version of the film, he was wearing it? 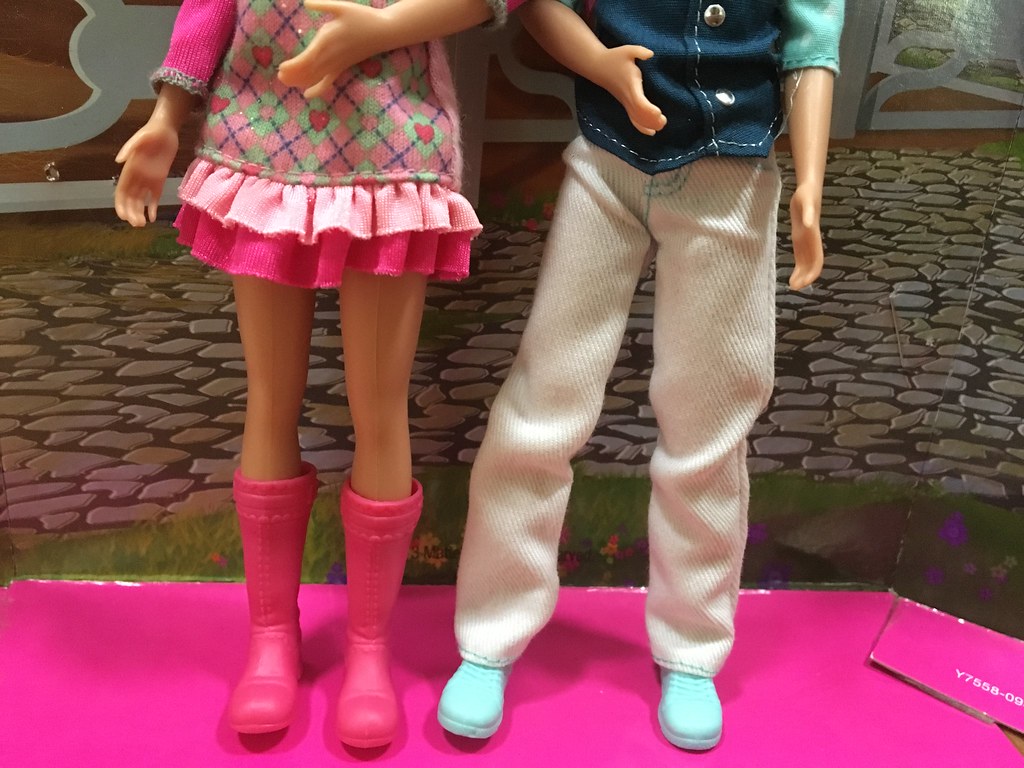 The shoes are quite detailed -I’m not sure if you can see it, but there’s little laces on both the boots and the sneakers. 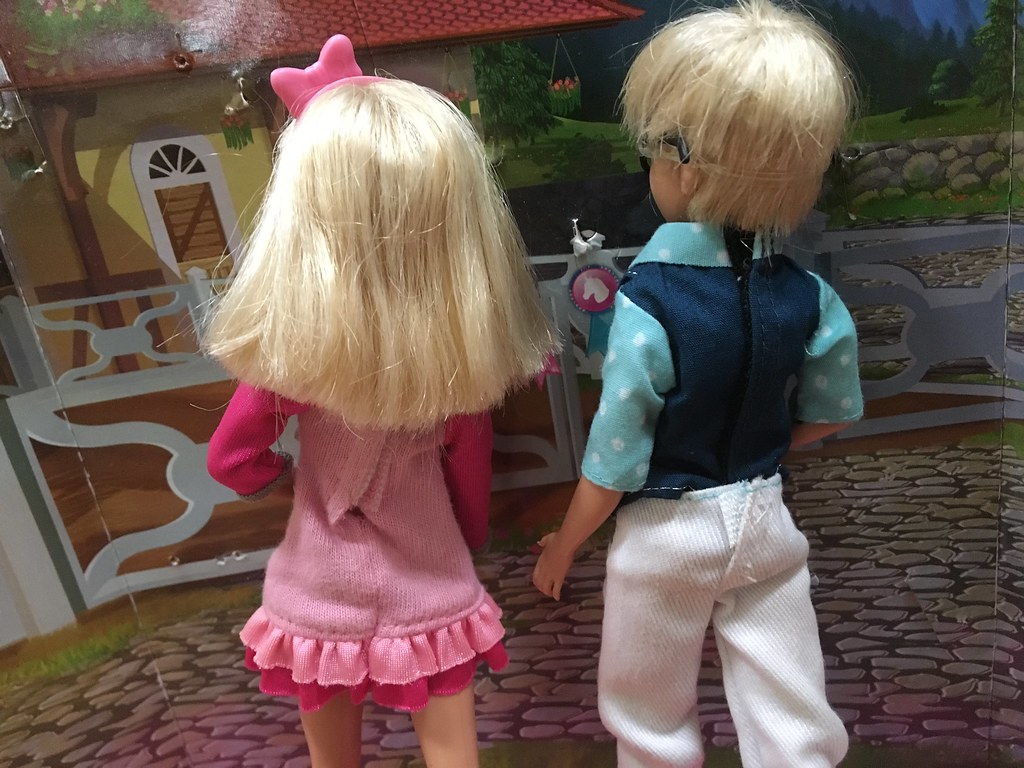 The pattern on Marie’s dress does not continue, but Max’s waistcoat does. 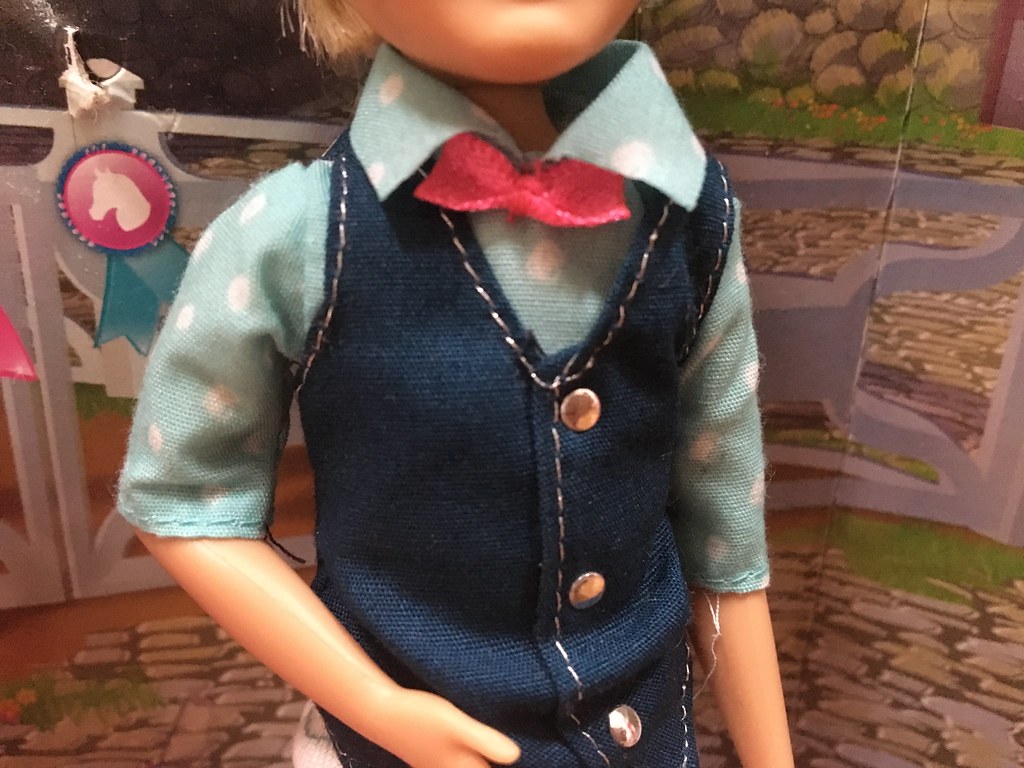 Such detail! The outfits are very well-made. 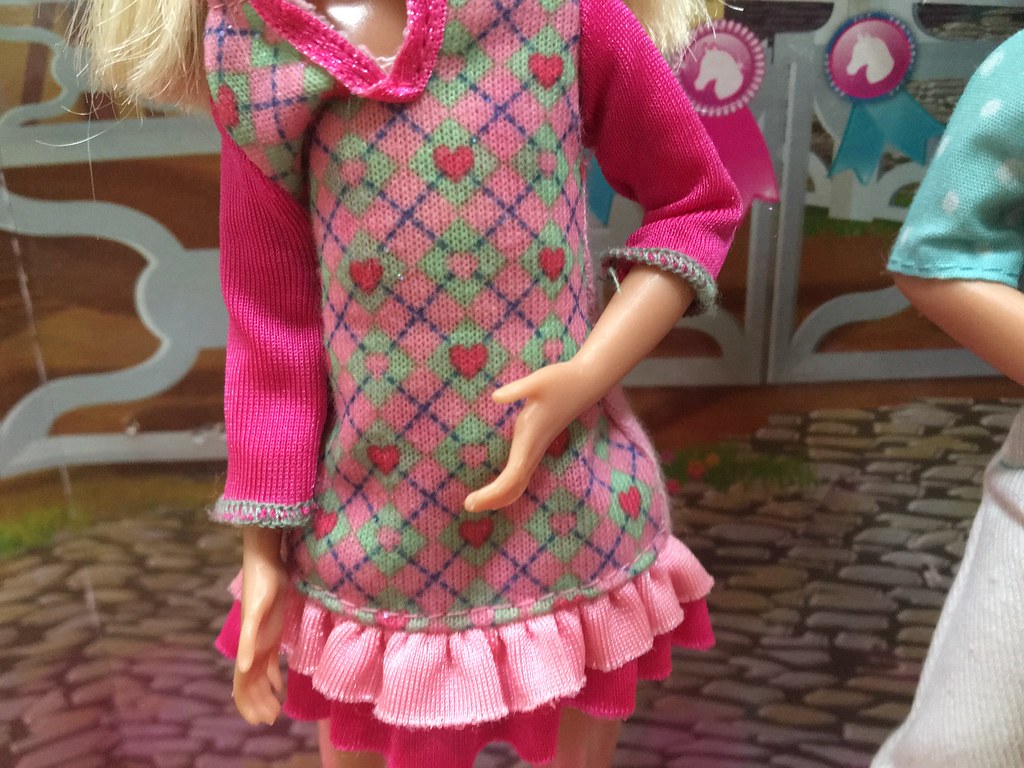 In the film, Barbie and her sisters visit their Aunt Marlene’s ranch in Switzerland. Max and Marie Roberts are their horse-mad cousins. 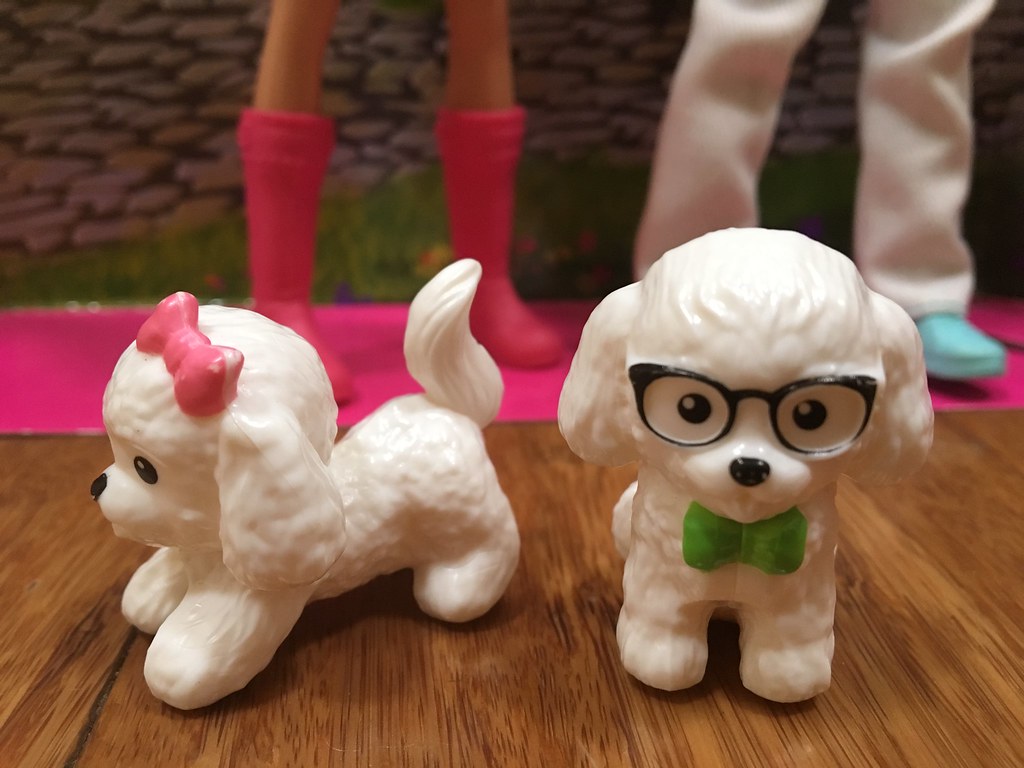 The dogs are called Popcorn and Sebastian. 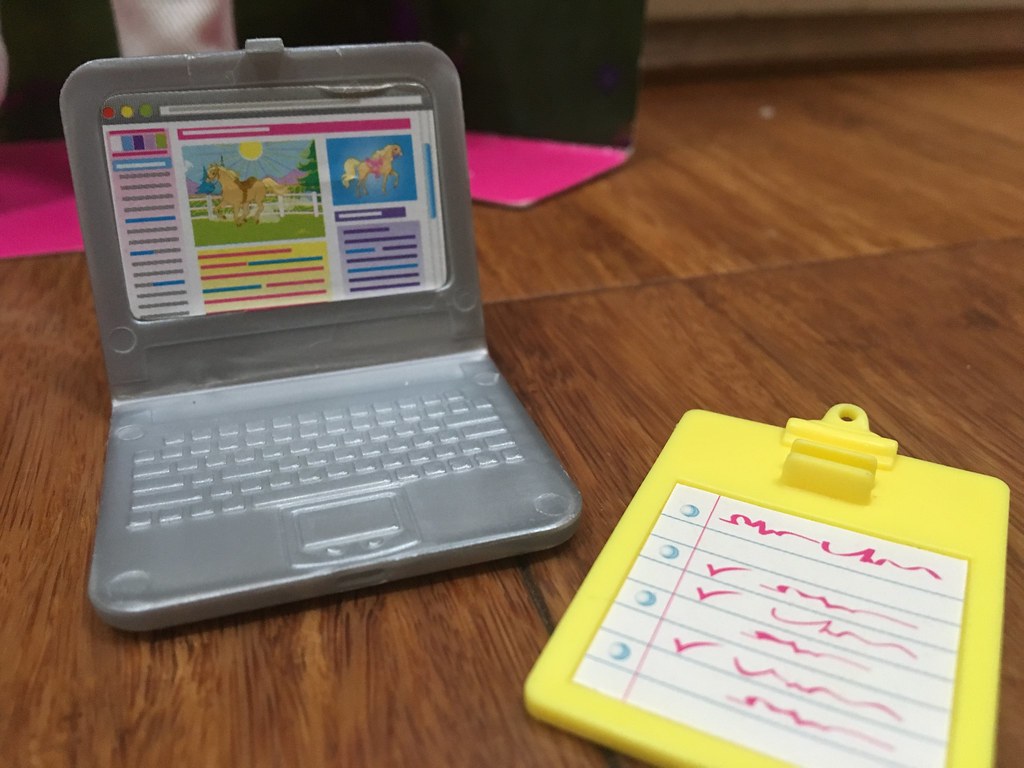 Here are the accessories it came with -a laptop, which is very useful, and a clipboard, which is not so useful. 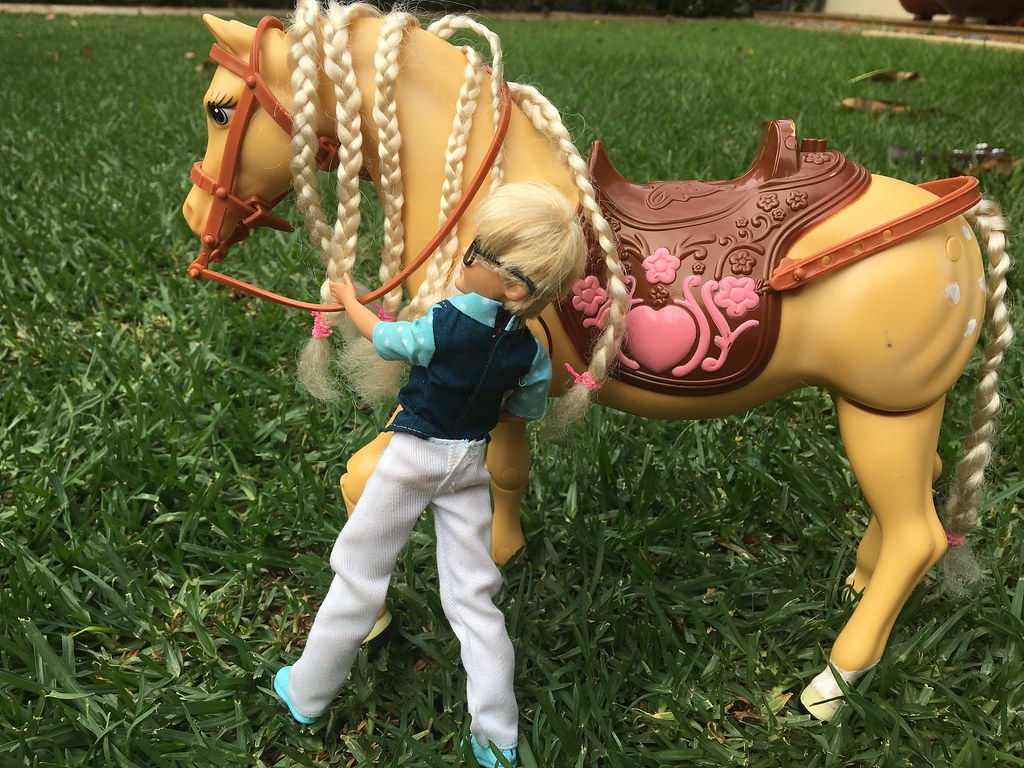 Here is Max, out tending to the horses. Don’t mind the braids -I got this horse second-hand, with the braids already done, and I haven’t been bothered to fix them up yet. It’s on my list of to-dos, though. 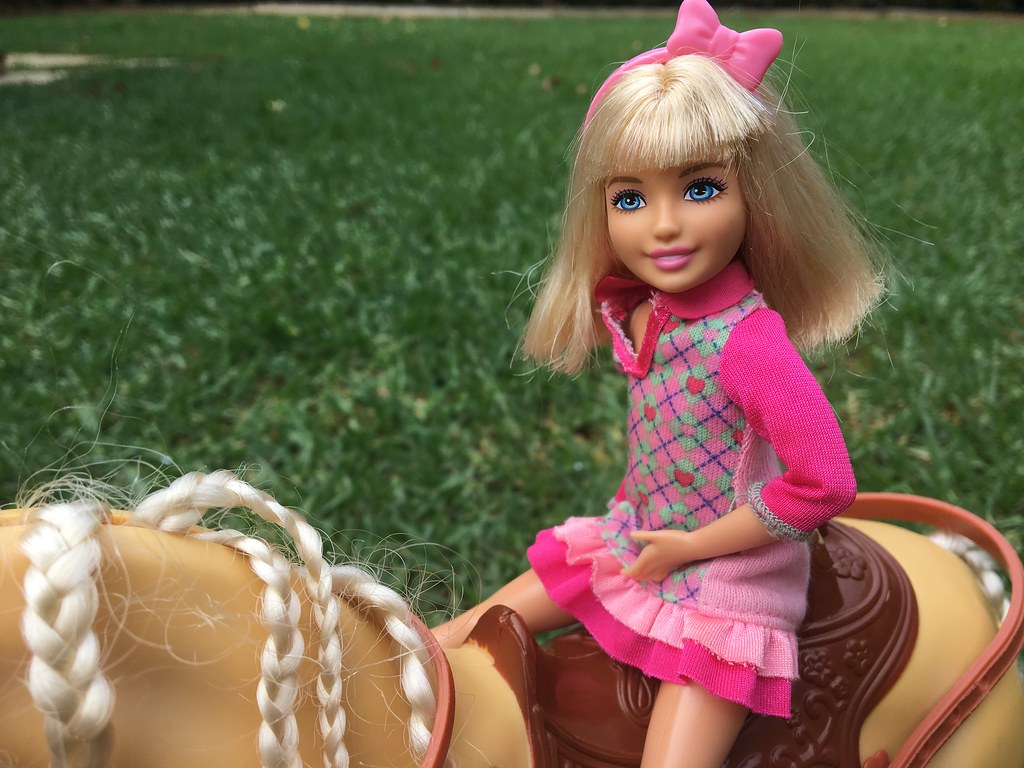 Marie is an excellent rider. She is too young to compete, though. 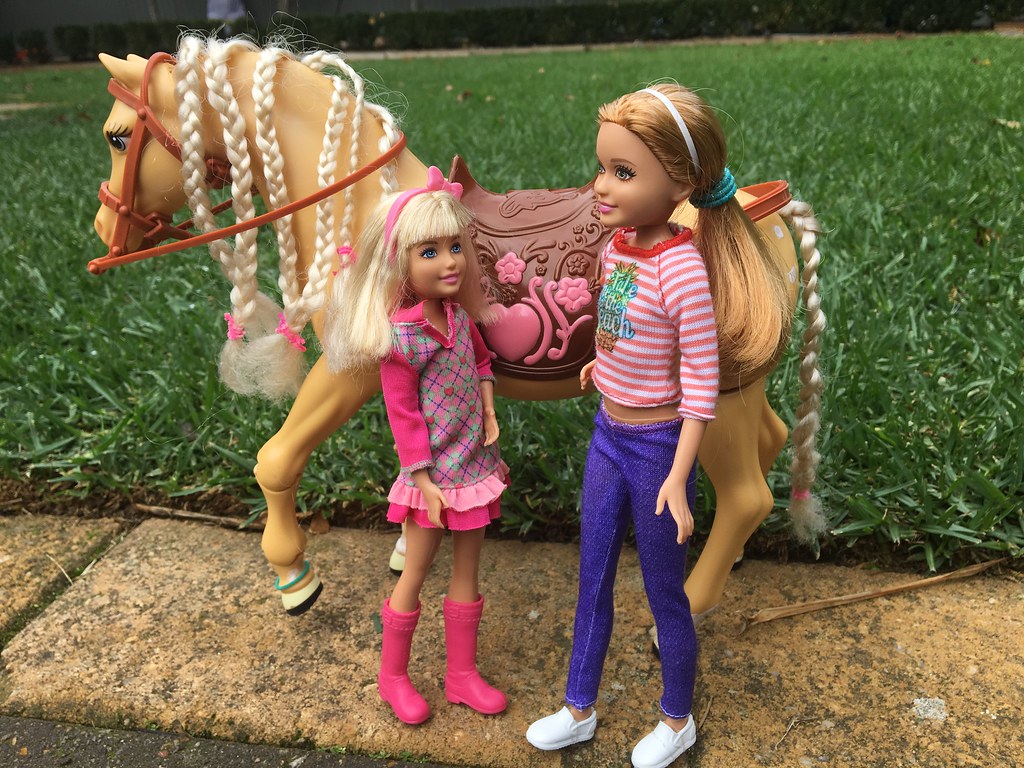 Here she is, with Stacie, for height comparison. Originally, I hoped that Max and Marie could be her friends, but I think the age difference is a bit odd. 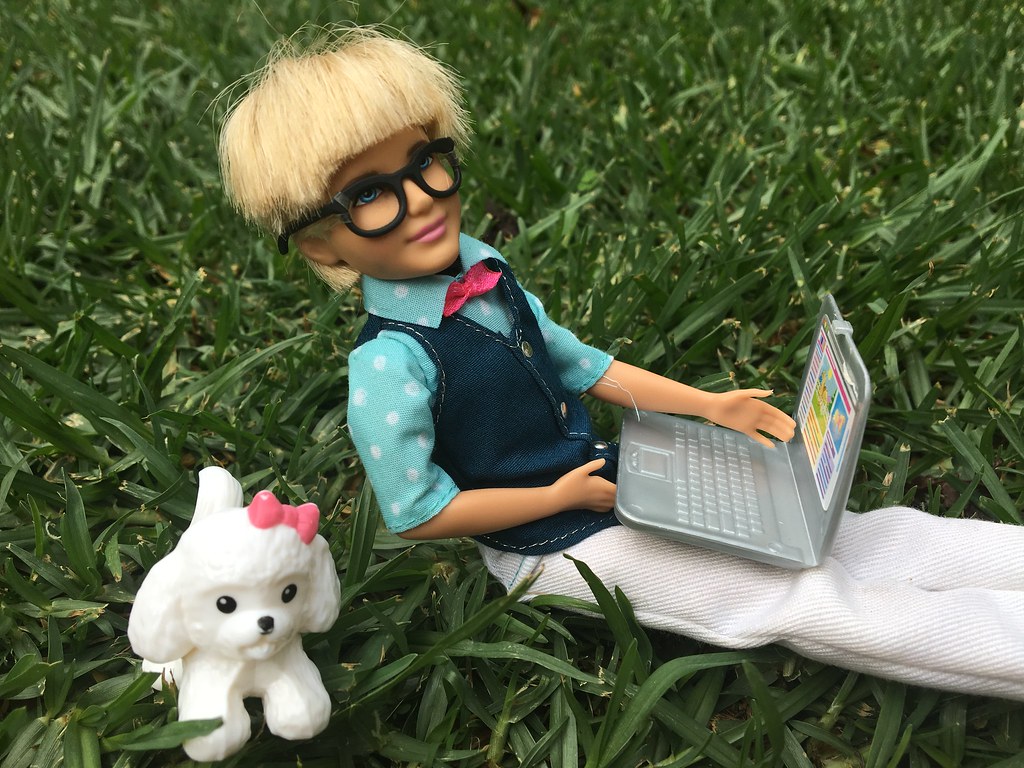 I know Sam and Mickey made a separate video, about how they changed Marie into a male doll, and coloured Max’s hair to make four different dolls, but I can’t find it at the moment.

So here’s this video instead -it stars Max, but with different hair. Also, it’s really funny, and if you haven’t seen their channel before, I 100% recommend you check ’em out. I’ve been watching since The Wedding episode 🙂