With so many lovely new products available on the market, it’s no secret that we are constantly desperate to buy new things -I mean, come on, who doesn’t want a Barbie-sized barbecue, or a shiny pink dolphin?

It’s often easy to forget the awesome stuff we already have around us -particularly dolls and outfits that go back to the early 2000’s or later. I mean, why bust out 1993 Rollerblading Barbie when you can just use a 2011 Fashionista? 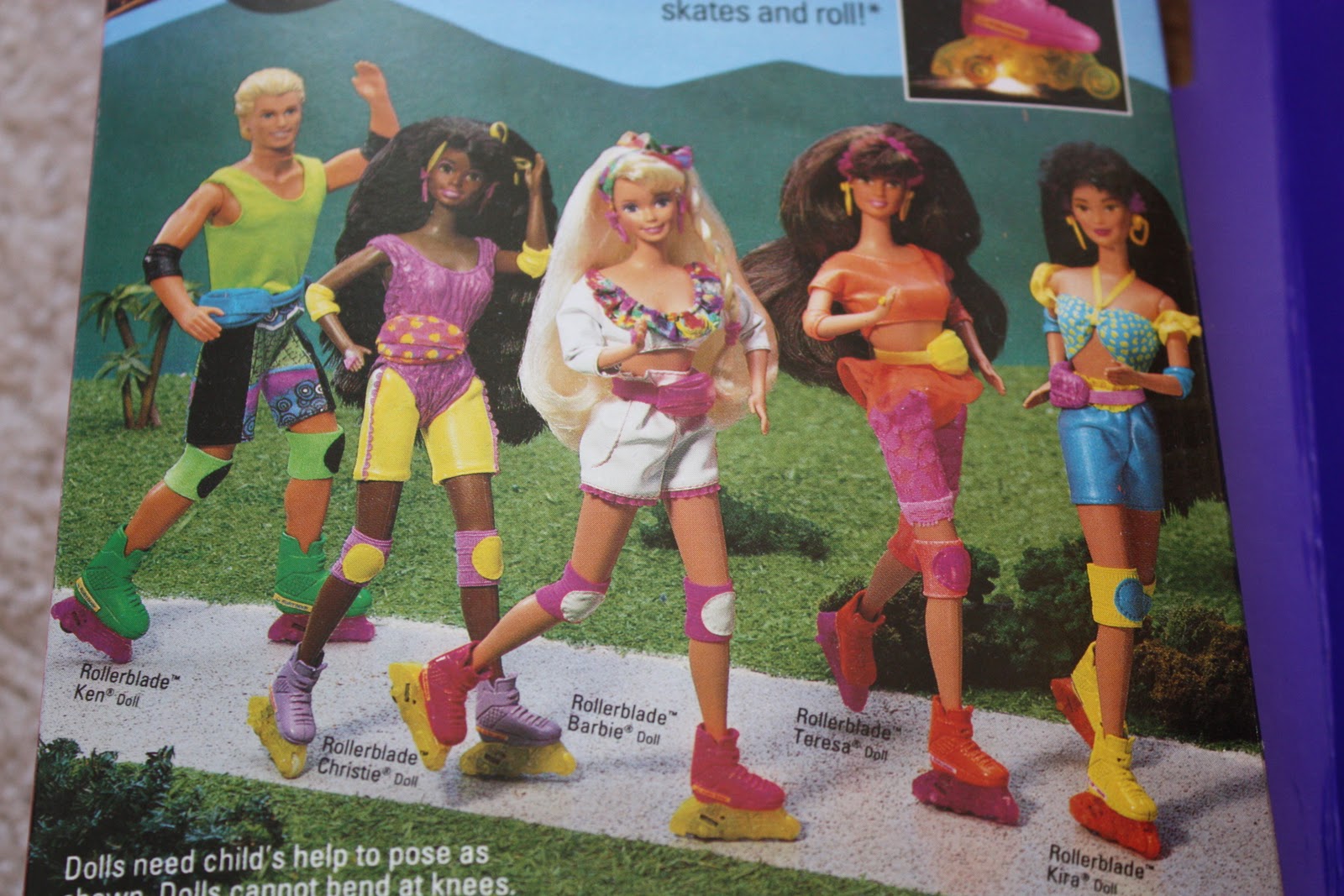 They’re not even fully articulated! *gasp*

Okay, time to get serious. Today I’ll be showing you a few accounts to help get some inspo for your next photoshoot -best of all, they show you that you don’t need all the *cool new stuff* to make something fantastic! 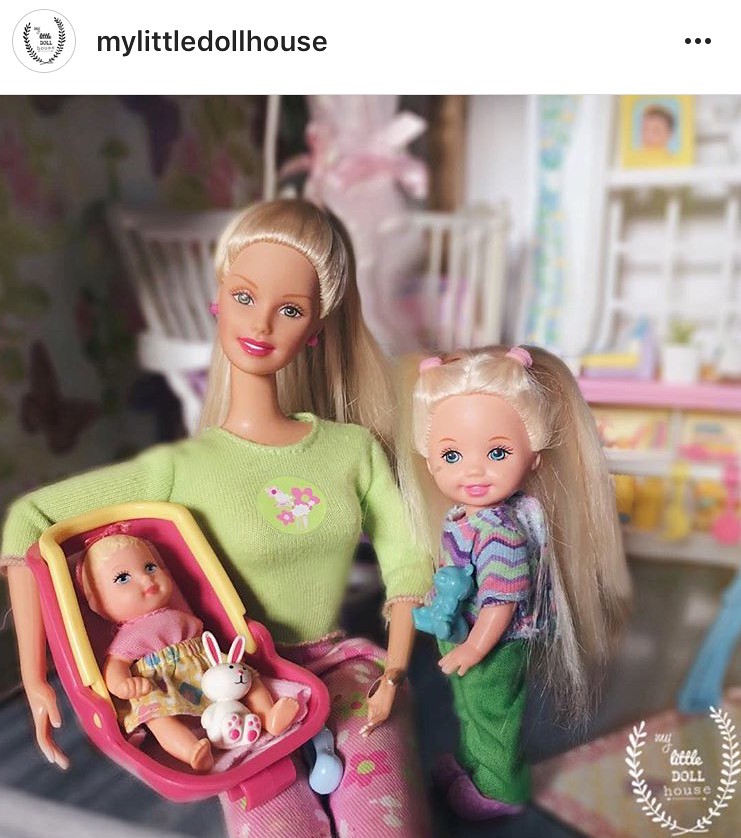 This first account is called mylittledollshouse on Instagram, and her photos primarily feature dolls from the early 2000s. 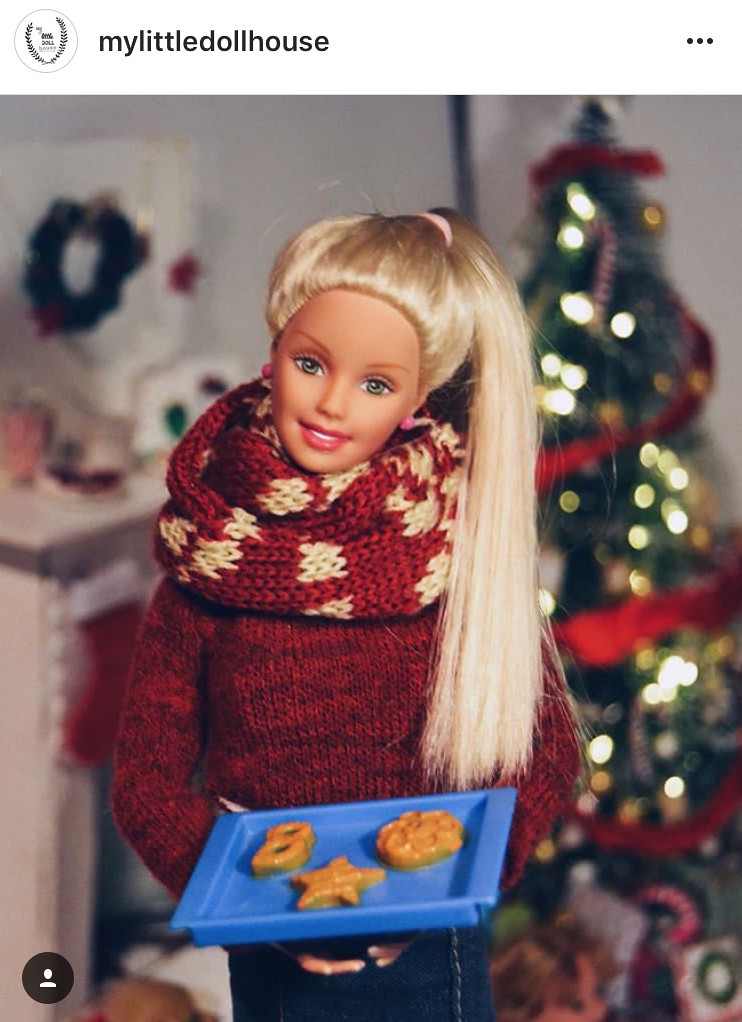 So cute! Reminds me of the picture storybooks from the 90s, where the pictures would be actual photos of dolls, not just illustrations like nowadays. 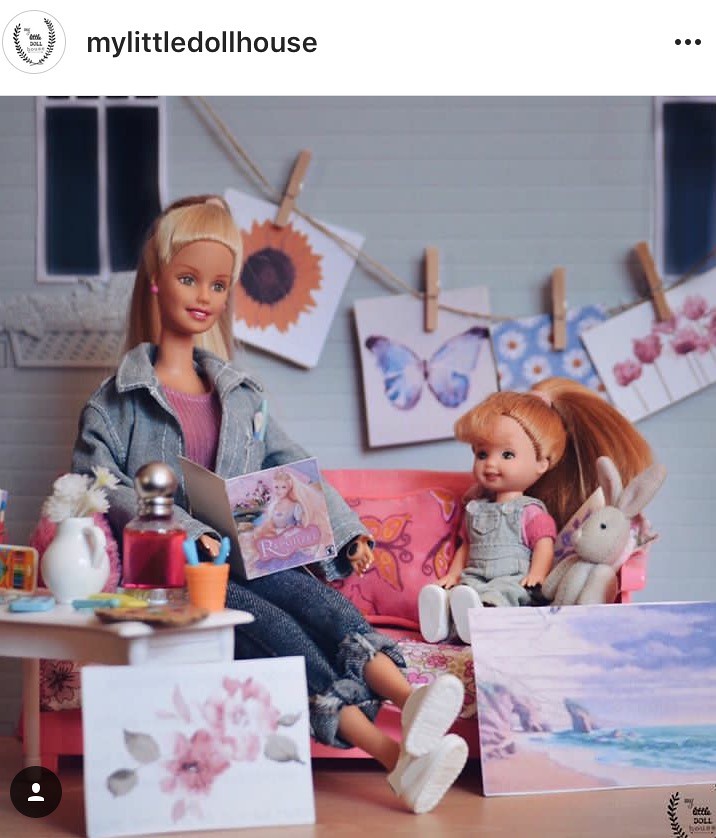 This one is my favourite! If you’ve seen Barbie as Rapunzel, you’ll recognise this scene straight away! Isn’t the detail amazing? I’ve never seen a film replicated so perfectly!

This next few photos use modern dolls with Fashion Avenue clothing. For a new collector like me, it’s really cool to look at these clothes. I wish they weren’t so darn expensive nowadays! 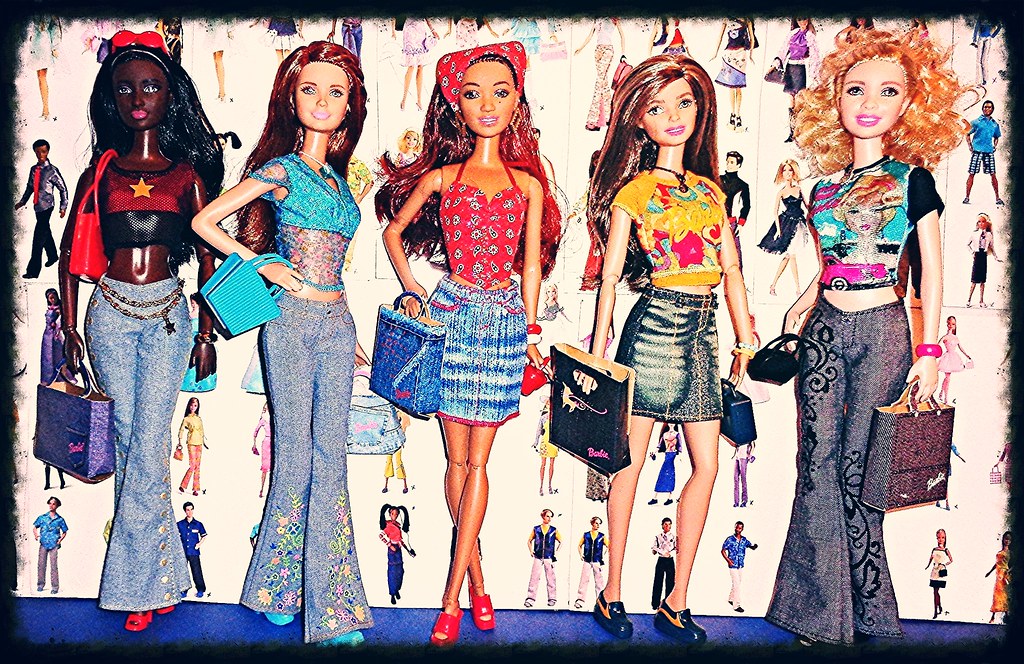 These are from Dia777 on Flickr, who has a talent of seamlessly combining the old with the new, and playline with collector. Plus, her collection is huge and her dolls are always dressed like they just stepped out of a fashion magazine.

Interesting point: I think I have a long-sleeved top with the same pattern as the red tank top? (in the middle) Although mine is from 2002-2004 (I can’t remember exactly when).

I also have a pair of shorts that use the same material as a shirt produced around the same time. It’s interesting, how they re-use the same fabric for another item… They don’t do that nowadays, or at least, not that I’ve noticed. 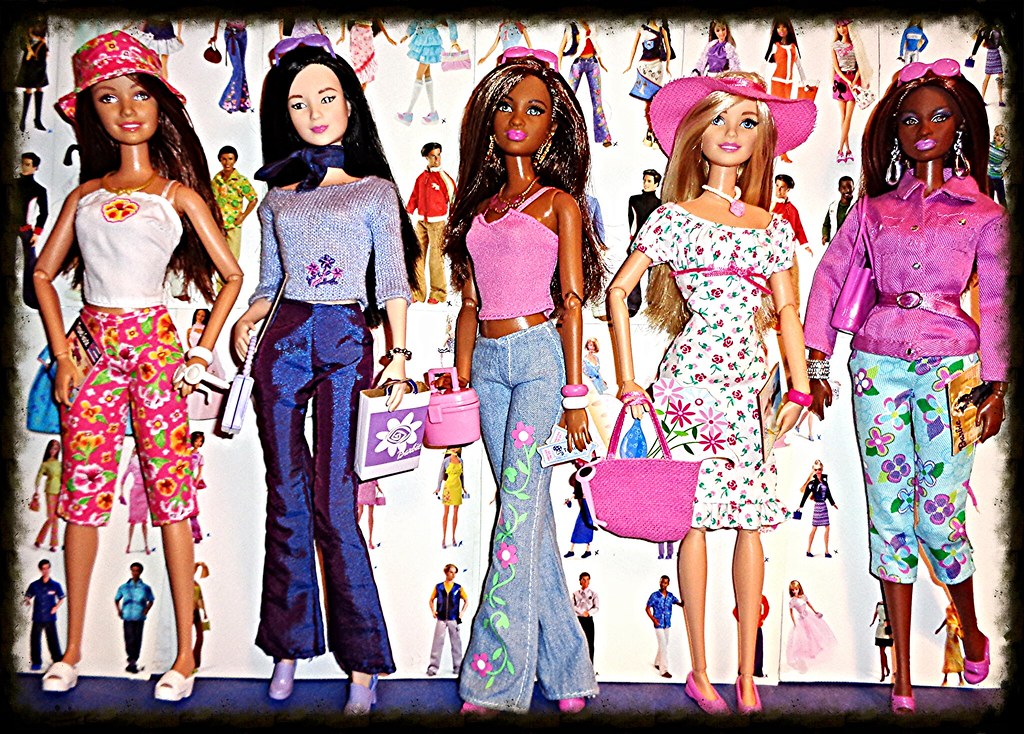 So glam! I wish I could step out in fashions like this today -especially the middle look! I like these all so much, it’s difficult to decide a favourite. 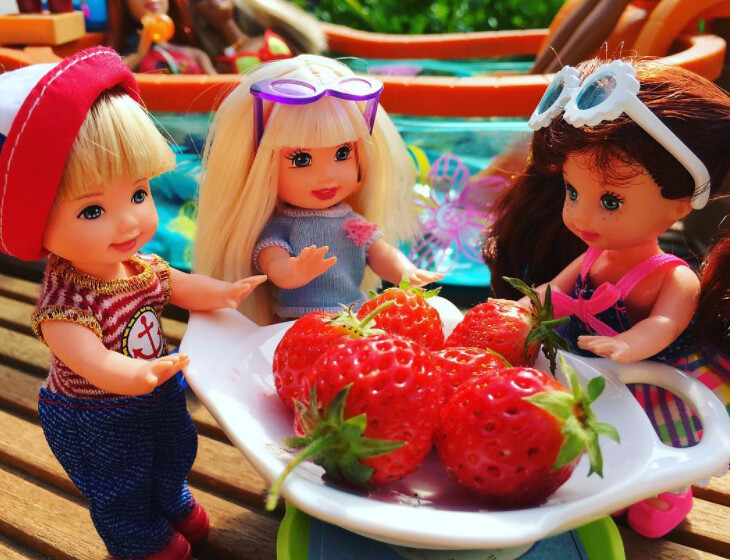 Too cute! Shelly dolls are so much nicer than the Chelsea’s nowadays. 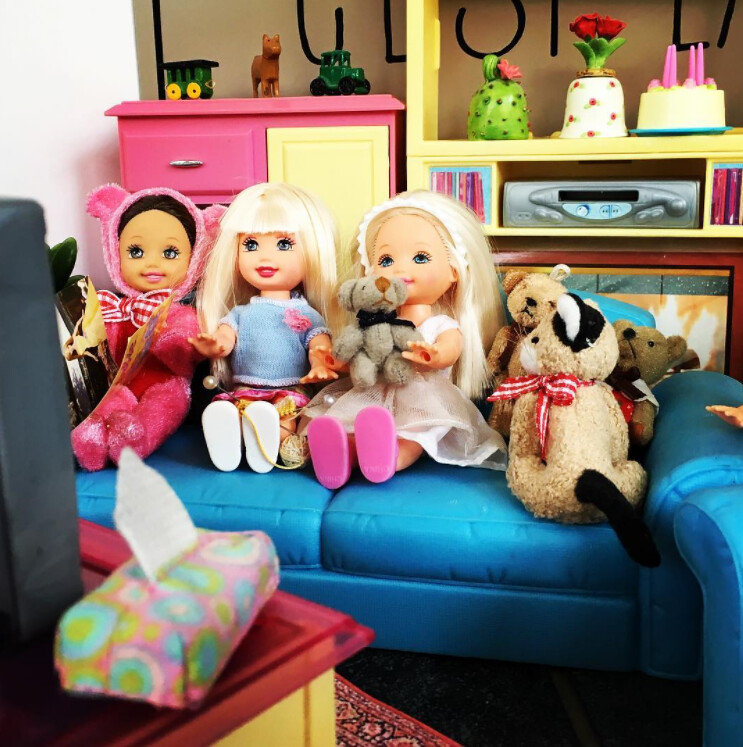 It’s interesting to see how Barbie observes changes in technology -for example, the VCR in the background. This is also evident in TVs -I have lots of Barbie TVs, ranging from full-on shells in the back, to slighter smaller ones and the flatscreens of today. 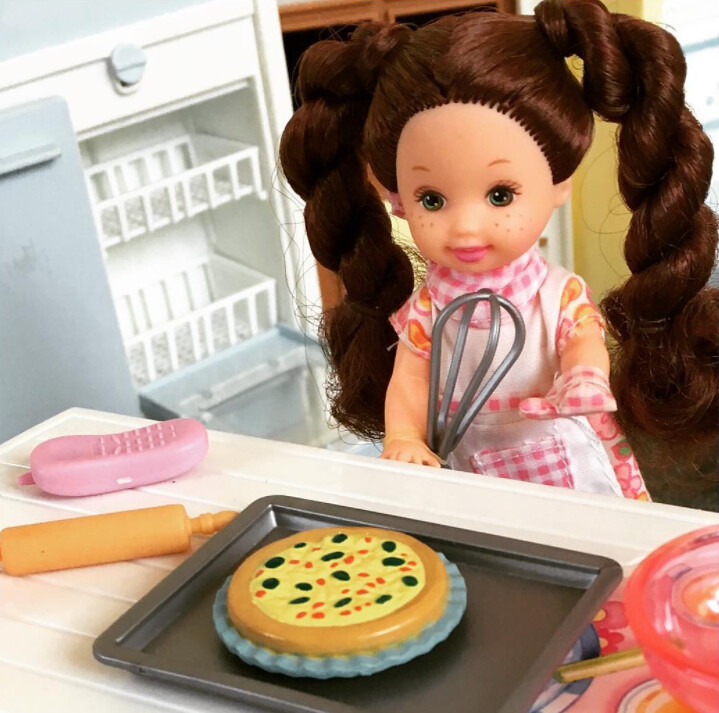 Another account that does the whole ‘retro’ thing really well is ColeKenTurner on Flickr. View his photos at https://www.flickr.com/photos/131278/ 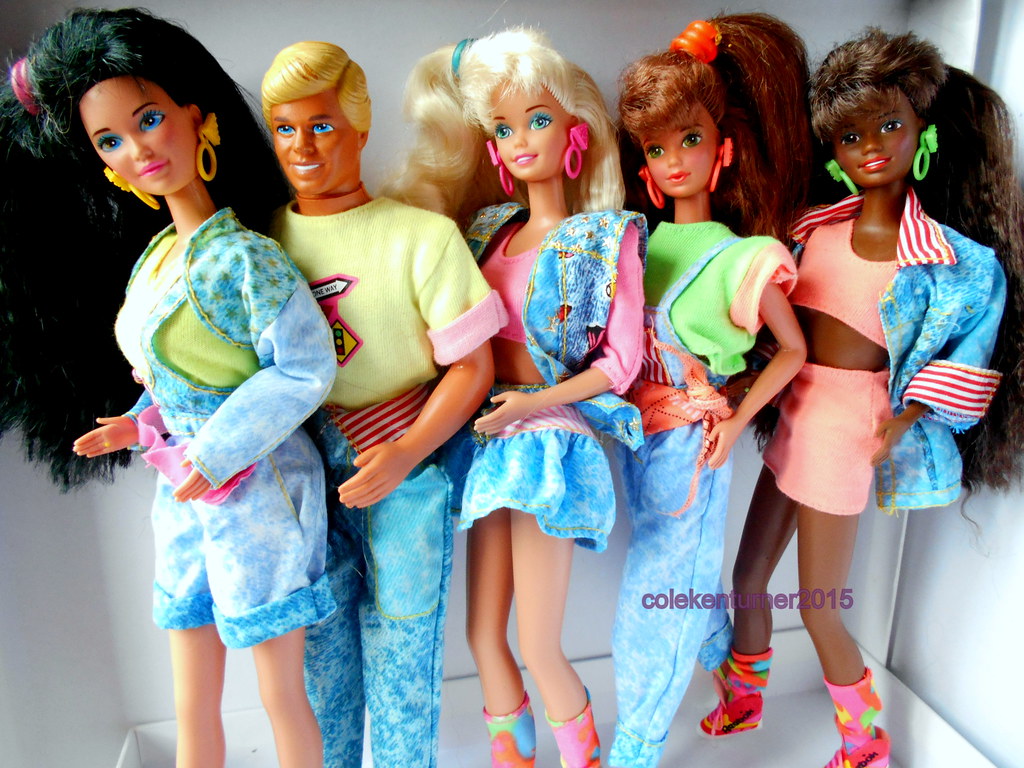 It makes me sad because I bought a bag of 80s / 90s Barbie clothes from the market, for $20, and after doing a quick photoshoot, I threw most of it out -apart from Catrina’s outfits, it just wouldn’t work with my modern-day stuff.

Kind of regretting that now. 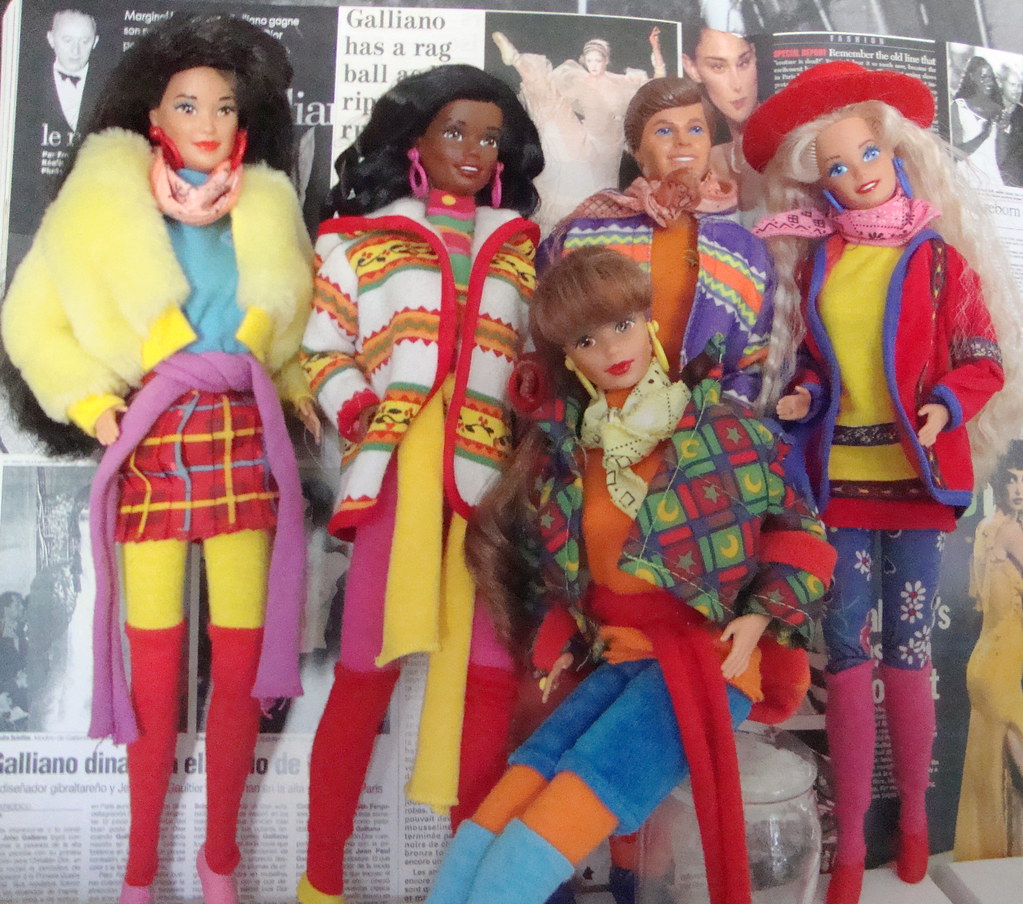 It’s funny that I wrote that paragraph above, because the jacket Barbie is wearing (on the right) IS LITERALLY ONE OF THE THINGS I THREW AWAY.

Who says you need new stuff to make something look awesome?

And just for fun, here’s a link to some photos about a Fashion Queen repro doll who thinks she’s a Fashionista… (you’ll have to scroll down a bit)