Today I went looking for a replacement doll for Aria, since her foot has mysteriously broken off and disappeared somewhere. I found four Made to Move dolls that would do just fine, but I couldn’t bring myself to spend $19 on something I didn’t really need.

Here’s some other stuff I saw. 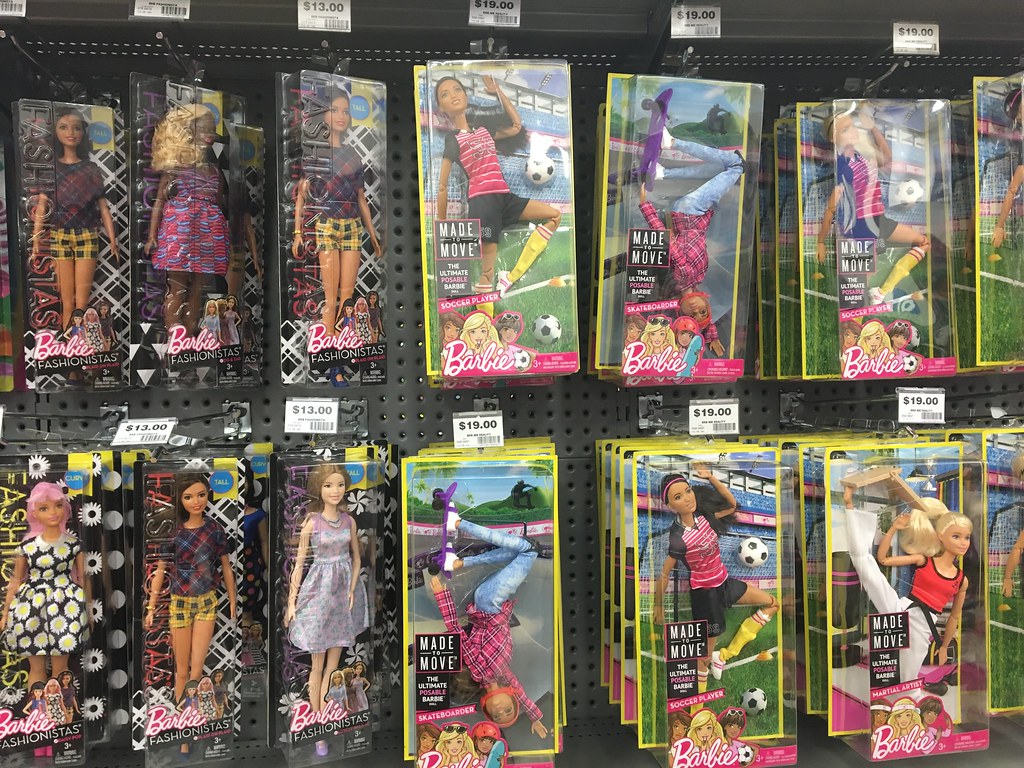 At Big W, I found a bunch of new Fashionistas for $13 each. Cute as they may be, none of the selection blew me away, and I didn’t buy anything. 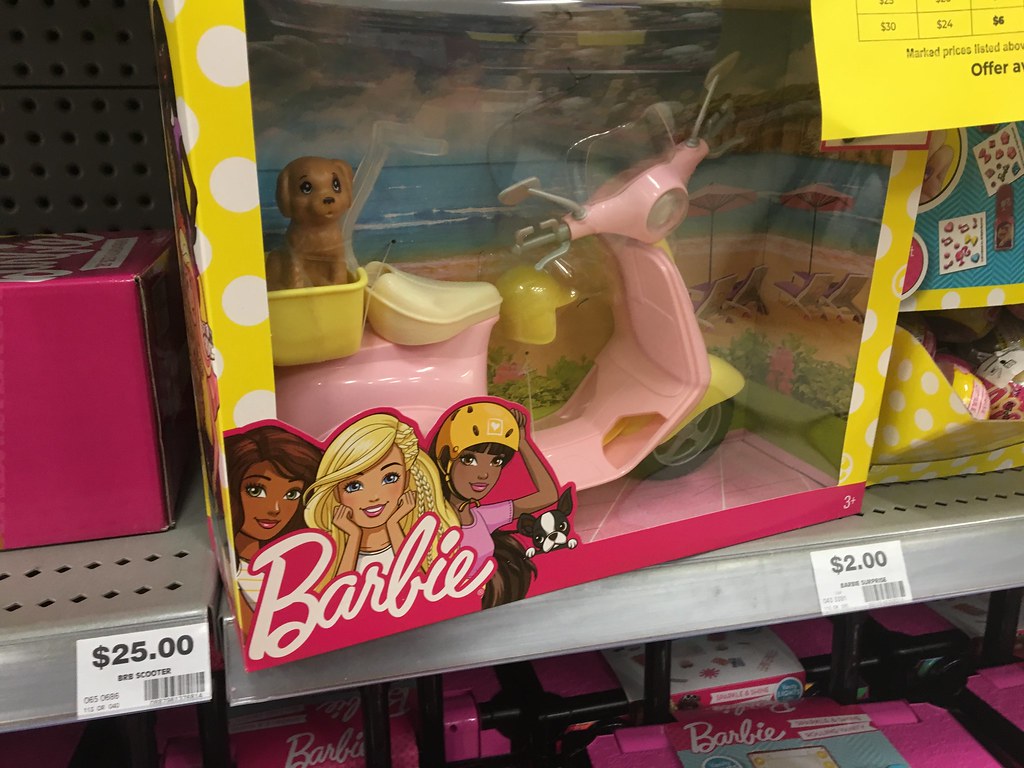 I also saw this new scooter for $25, which I thought was a bit expensive. 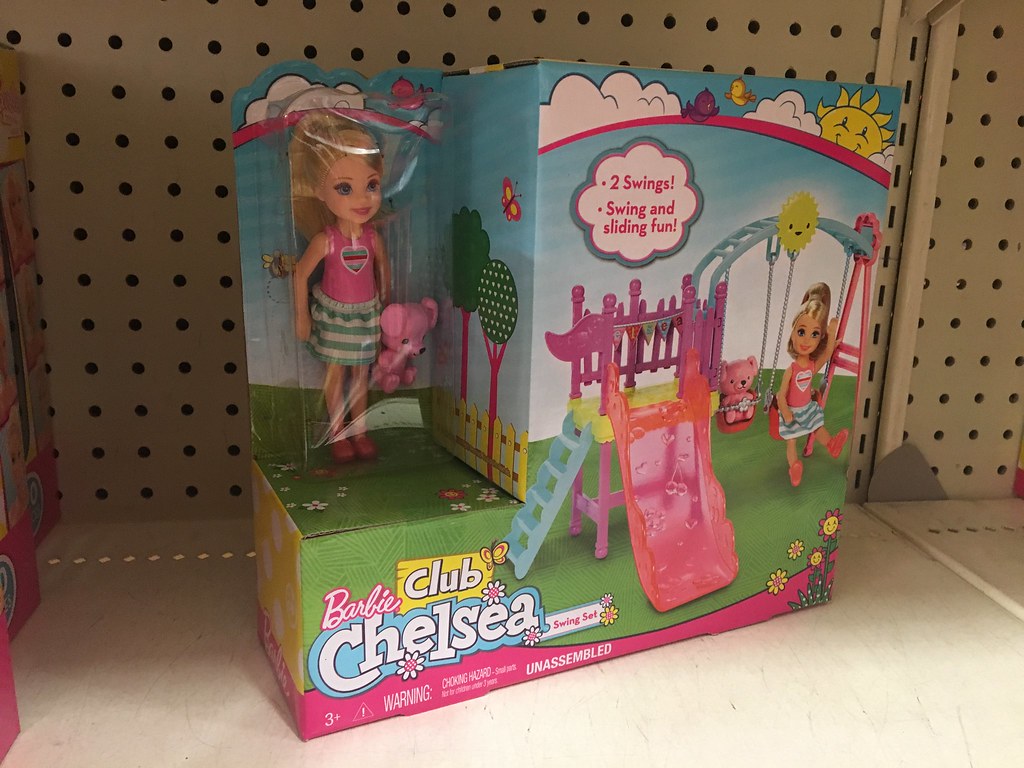 Kmart had a nice selection of toys -I found this Club Chelsea playground, which is new. I couldn’t find the price tag. 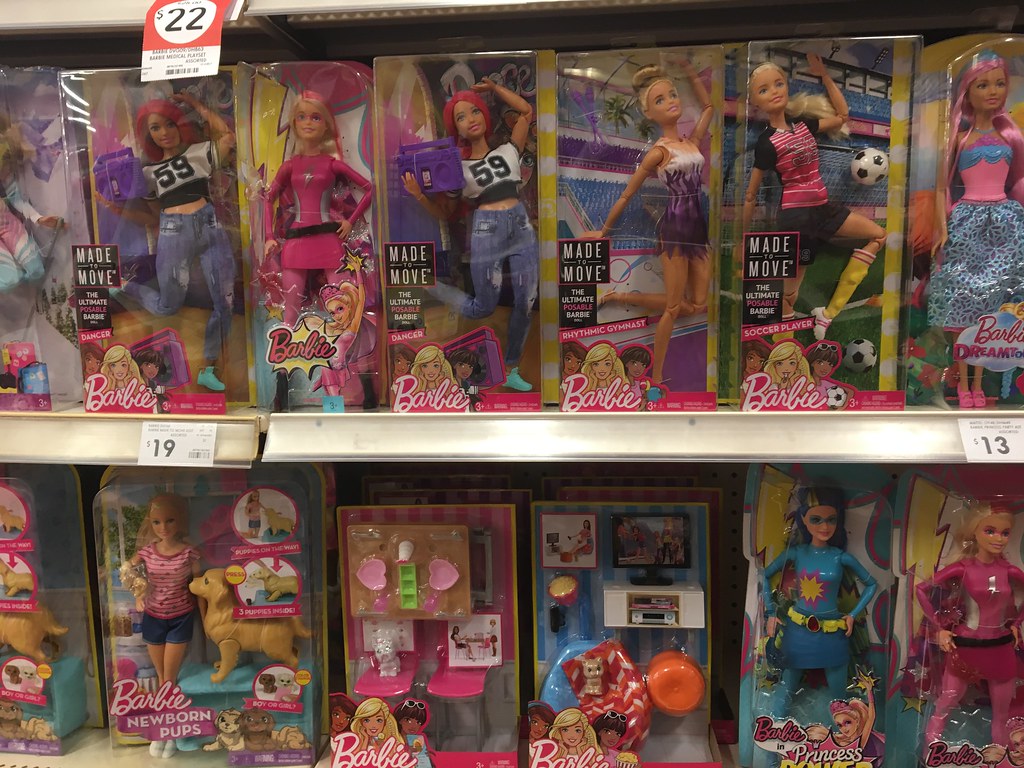 I saw the new curvy Made to Move doll, for $19, as well as the gymnast and the soccer player for $19 again. The gymnast also would have been a nice replacement for Aria, but I don’t need gymnastics stuff.

(I suppose the costume would also work for a cheerleading outfit, but then I’d need to buy at least 3 of the dolls. Not at this price!)

There was also the new fashion packs, the dining table and the bean bag, both for $15.

Also -can we note how there is STILL Princess Power dolls in the shops? That movie came out a long time ago… Can we move on yet? 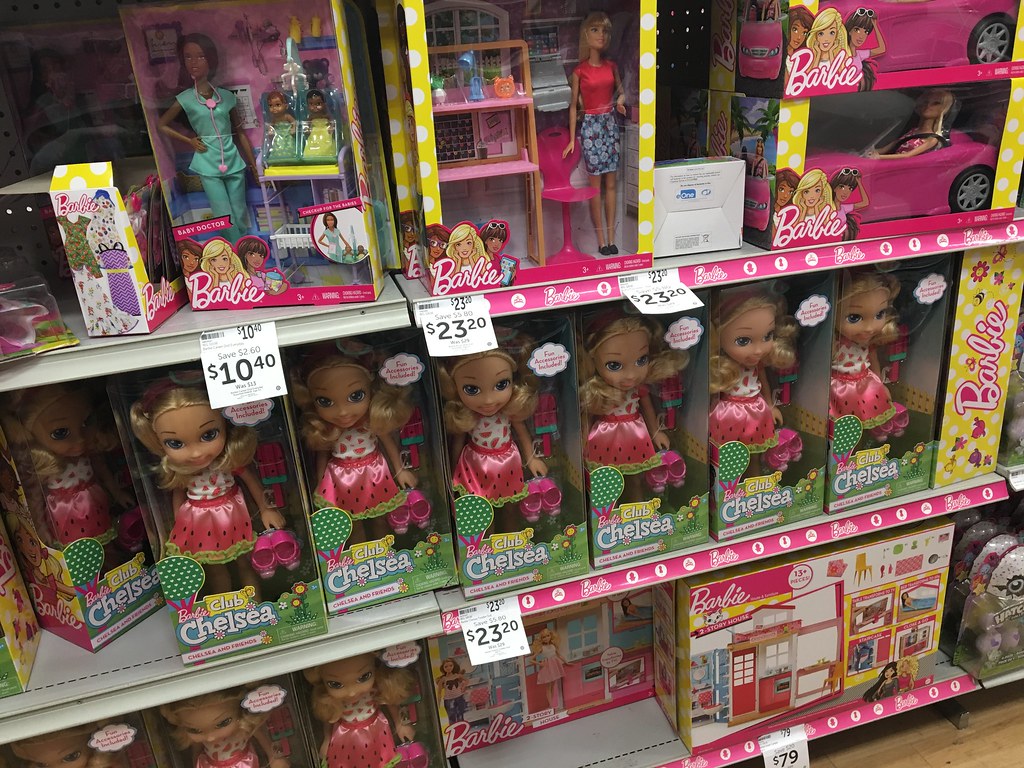 As always, Target had the most dismal selection. No Fashionistas, and no Made to Move dolls whatsoever. Just a whole lot of Giant Chelsea’s. 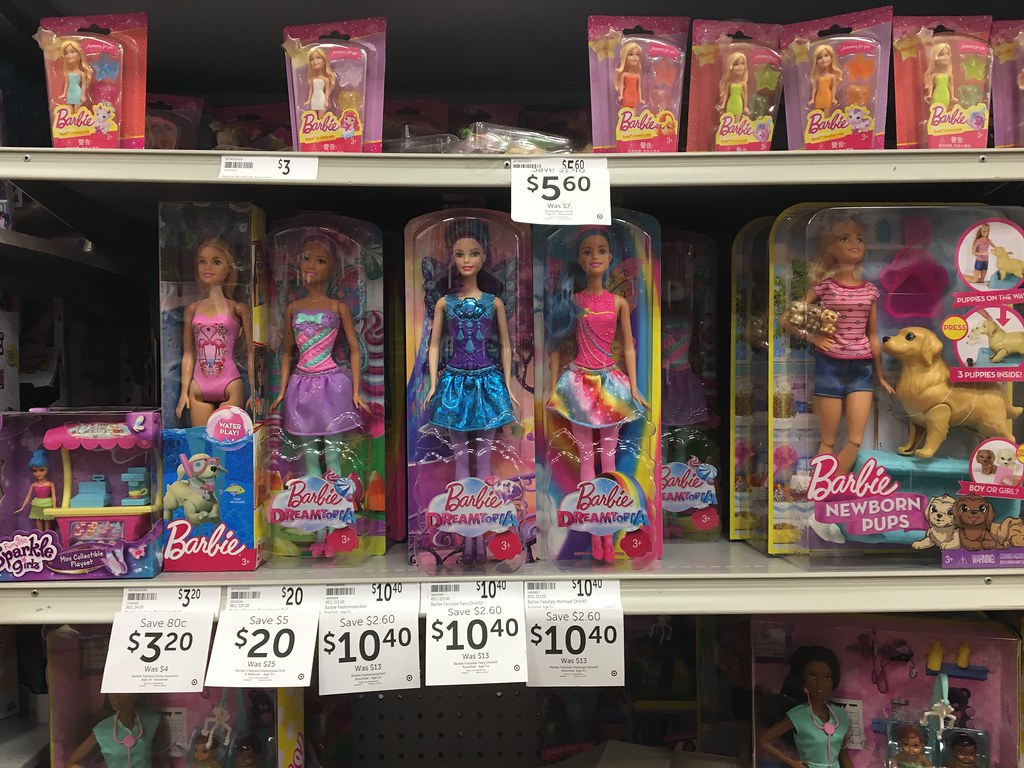 I guess they did have these Dreamtopia dolls for $10.40, which is a good deal, if you’re into that kind of thing.

Overall, I left empty-handed and disappointed. If the Made to Move dolls were $15, I would probably have caved in and bought a replacement (I know $19 isn’t that far from $15, but it seems like so much more!)

I hope the Skipper babysitter dolls will come out early next year, I really want to get my hands on those!

8 thoughts on “Barbie Selection at Big W, Target and Kmart”