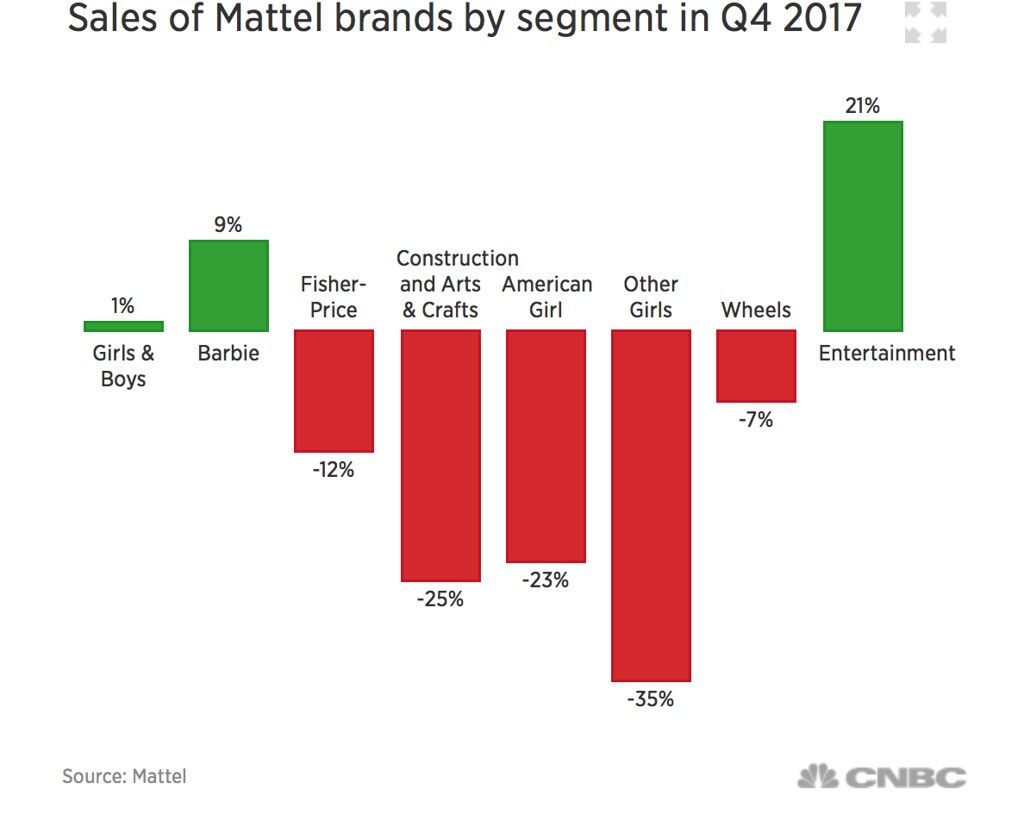 There’s lots of reasons behind Mattel’s sagging profits, and I bet those LOL Surprise dolls from MGA (the same company that produced Bratz and LaLaLoopsy) have something to do with it. These tiny, oh-so-cute fashionable ladies are sold in surprise balls, akin to the popular Kinder Surprise treats. LOL Surprise dolls are dominating the toy industry at the moment, appearing all over catalogues, Instagram feeds and YouTube subscription boxes since 2016.

Why? The acronym ‘lol’ might be outdated, but these LOL Surprise dolls (balls?) are as relevant as ever. LOL Surprise dolls are targeted towards today’s kids and preteens -they’re dressed in the latest fashions, they have matching pets, and they’re small enough to store nicely or carry around. Unlike Barbie, their hair can’t get messy and their name isn’t a synonym for ‘dumb bimbo.’ Most of all, the layers of surprise make them exciting to unbox. Can you scream ‘COLLECT EM ALL’ any louder?

Another important factor is the technological advancements in the last few years. Today’s kids aren’t just watching their favourite cartoon characters on TV, they’re interacting with them on their iPads and playing games with them on their phones. Technology is becoming cheaper and more widespread. In many schools (even elementary schools), it is compulsory for children to bring along their personal laptops to class. Before they even start kindergarten, most children are able to work a mobile phone, and many will even own their own.

So, Barbie’s profits might be up, but is it enough to save Mattel from losing even more? Probably not.

As an experiment, let’s compare the iPad mini to the Barbie Dreamhouse. 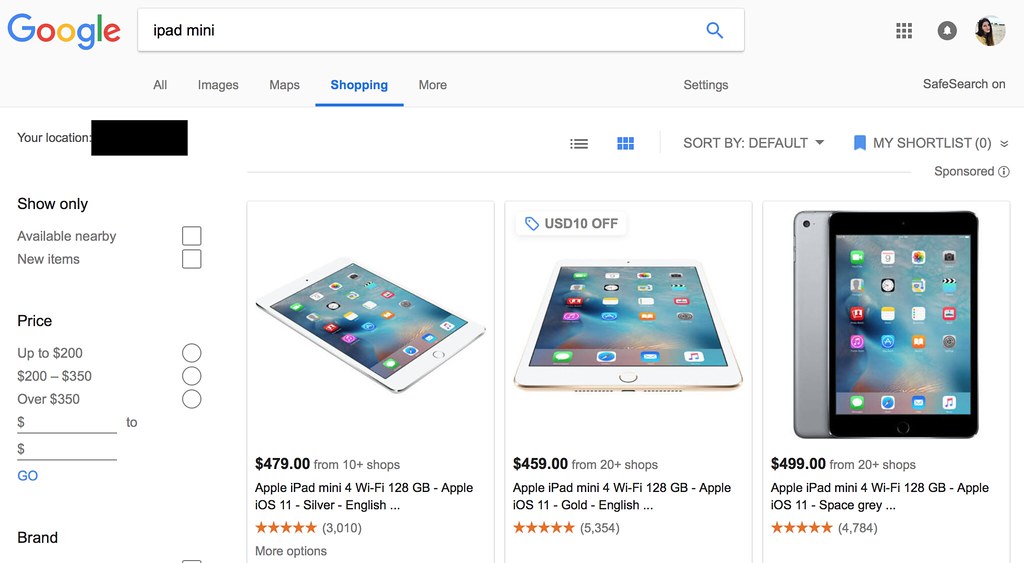 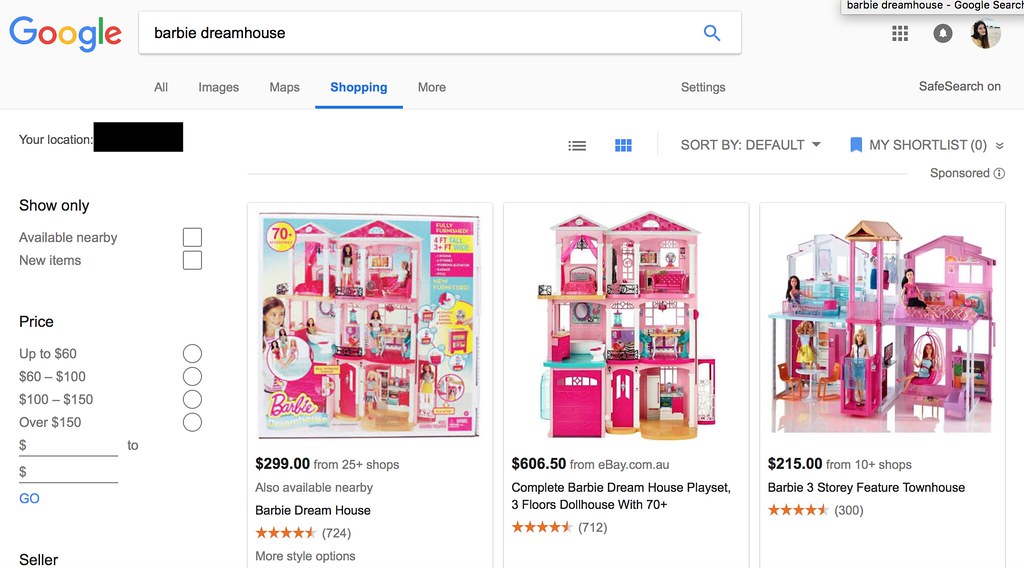 While the iPad is significantly more expensive, it’s clearly a better investment. Children can install an almost infinite number of apps to suit their interests -at age three, they might prefer to play a ‘Let’s Learn Shapes and Colours’ game, but at age five, they might prefer to play ‘Cars: Monster Truck Battle 4.’ As they get older, they can use the iPad for social networking, researching and taking notes at school.

Meanwhile, if you buy your daughter or son a Barbie Dreamhouse at age five, chances are, it’ll end up at a garage sale by age eight. 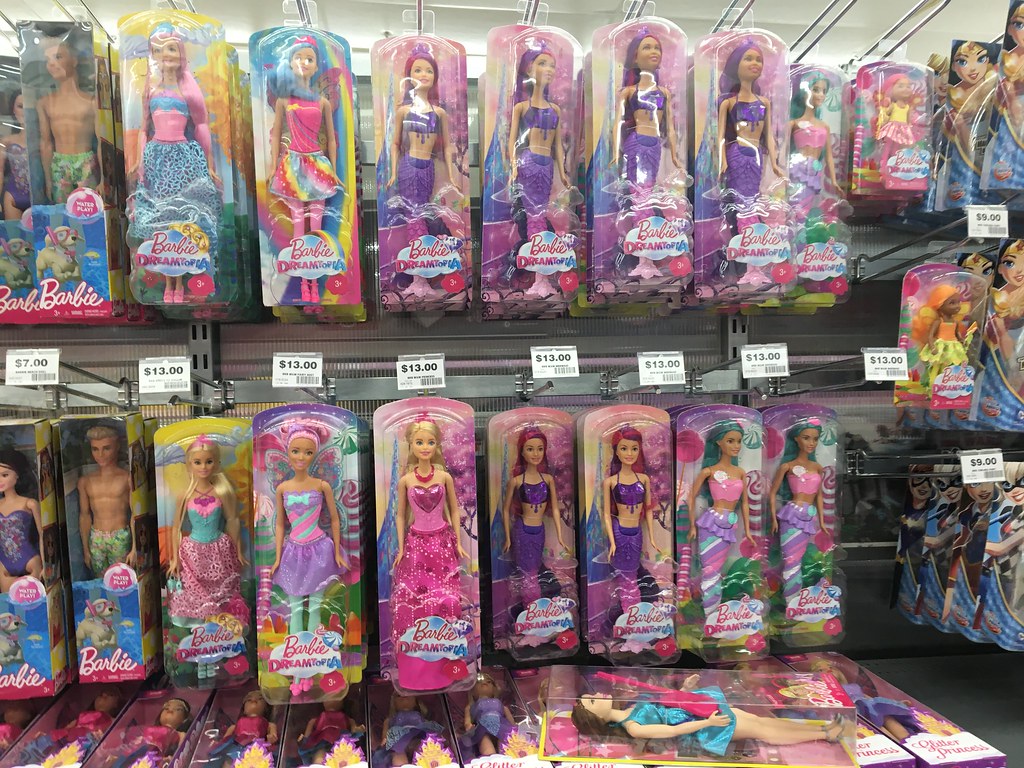 There’s another issue, too, and this one can’t be blamed on ‘competition from other brands’ or ‘technological changes in the macro environment.’ While Barbie might be making great changes with all these new “career” dolls and the diverse body types and looks in the “Fashionista” range, public opinion of the brand is still “magical pink princess stylista.”

Take a look at the range available in any of my ‘Shopping Trips’ posts. The dolls available are mostly Dreamtopia fairies and princesses, and they’re mostly white.

It’s all well and good that there is a diverse range of Fashionistas available online, but again, regular ol’ parents aren’t going to pay $30 per doll like we collectors do. Parents want to go into a store, find a doll that looks like their daughter, then leave. They aren’t going to look in multiple stores, and they aren’t going to hunt around.

However, Barbie is slowly making progress in this area. In 2016, there were nine Dreamtopia dolls produced (three fairies, three princesses and three mermaids). Again, if you have read my ‘Shopping Trips’ posts, you’ll know that Dreamtopia dolls are far more likely to be seen in the shops than the Fashionista range. Eight of these nine dolls were white, and all of them had the original body type. Compare this to 2018, where we have twelve Dreamtopia dolls (four in each category), and only six of them are white, and three of them rock the new ‘curvy’ body type. I’d say that’s much more true to life!

So that’s progress. That’s good. But Mattel needs to do better. In the world of an ever-increasing assortment of LOL Surprise dolls, and lightning-speed technology changes, Barbie needs to really step up her game to rise above.

So we’ve got Amelia Earhart, Katherine Johnson and Frida Kahlo. That’s awesome! But if you check Barbie’s twitter, fans are crying out to purchase the other one-of-a-kind, specially produced dolls like Bindi Irwin and Chloe Kim. Why not release these first three dolls, and then, once the hype has dyed down a few months later, bring out another three dolls and get everyone excited again? Rinse and repeat to ride the “shero” trend into the sunset.

So we’re getting a new Dreamhouse Adventures series. That’s great! Comedy and “heartwarming messages” aimed at an older audience, cool. But why the partnership with Netflix? YouTube might be a “free” platform, but according to CNBC (2017), it could be worth up to $75 billion (if you’re wondering, Alphabet is worth over $600 billion which is just insane). Not to mention, the sudden halt of Barbie films means no more sales from related merchandise like dolls and playsets.

So we’ve got some cute new Fashionistas. That’s neat! I love Fashionistas, with their cool hairstyles and creative outfits. However, with no more SIS dolls, no more Barbie Style and no more Life in the Dreamhouse dolls, we really need something NEW (and I’m not just talking about the Skipper Babysitter dolls!) Maybe something that’s a combination between playline and collector, similar to the Stardoll dolls? Mattel could really capitalise on the rising trend of preteens and teens hanging onto their childhood Barbie dolls, and create a cool, high-quality line of dolls intended for older girls and boys.

So we’ve got the Made to Move line. That’s cool! But what about the quality of the other dolls? Nowadays, it is difficult to find a doll that doesn’t have a head full of glue, or a wonky eye, or threads coming off her skirt. And don’t get me started on those legs! Why Mattel abandoned bend-n-snap legs I’ll never know, straight legs aren’t good for anything at all! Quality control is a must here.

I know this post sounds pretty negative. I like Barbie; I think the campaigns, such as the #DadsWhoPlayBarbie and #MoreRoleModels are really great. I like lots of their products, especially the newer ones (but Fashion Fever and So In Style were also really great). However, I think they could definitely improve on some things because at the end of the day, Barbie is a business and their (her?) goal is to make a lot of money. Y’know?

So that’s what I think. What about you? Why do you think Mattel is losing so much money, and is there anything that Barbie can do about it?

12 thoughts on “Can Barbie Save Mattel From Losing Billions? Probably Not -Here’s Why.”